by Lola The Wonder Cat 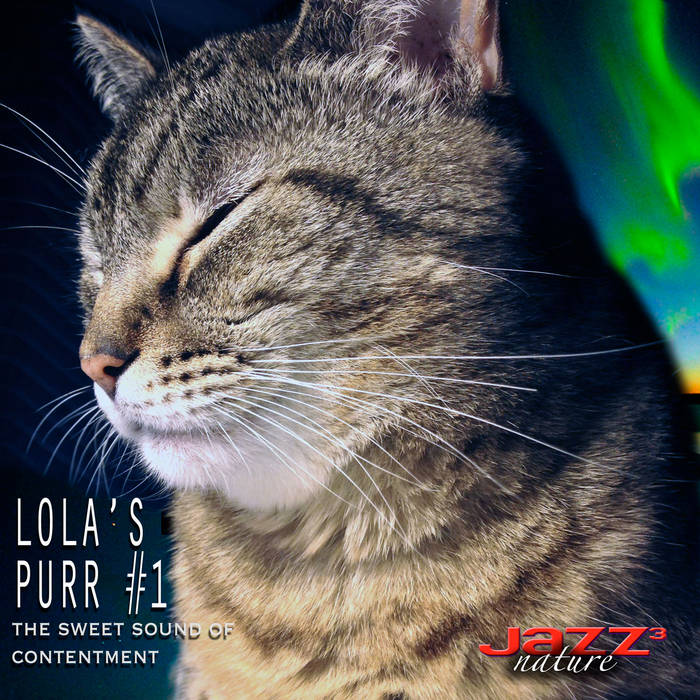 Dennis Chiapello I usually listen to this when I lie down for a nap, my iPhone resting on my chest or near my ear. Lola's purr has variety and sometimes is rather robust, so I keep the volume low. It's tempting to add a stuffed animal to my tableau, but I must resist--I'm a man in my 60s, after all!

There are a few sounds in nature more soothing and calm inducing than the sound of a contented, purring cat.

I present 25 minutes of LOLA the Wonder Cat's happy and healthy purr. This recording was edited down from a marathon Purr Session on October 1, 2013. Extra noises (rustling, truck going by, busses) were removed and crossfades placed at every edit point. This should sound natural and continuous. Please allow extra time for this download, as it is a 25 minute file.

Play it on repeat for endless play, and turn it way down. This should be enjoyed subtly, at almost the edge of perception, for best results. Gurgling and growling noises are the natural sounds of a cat body and could be disturbing when played loudly. Also there's a quiet licking party somewhere toward the end.

Somehow when cats create those frequencies, around 21-23 hz, as alternating tones, I noticed that the felines almost go immediately into some kind of a Alpha or Meditative State, and it is known that this sound also can induce sleepiness in humans..

As the frequency is at the limit of human hearing, what we actually hear in the purr sound are the PEAKS, which contain harmonics that we CAN hear.

Continuous sound production must alternate between pulmonic egressive and ingressive airstream (and usually go on for minutes), Peters (2002), in an exhaustive review of the scientific literature, reached the conclusion that until then only ‘purring cats’ (Felidae) and two species of genets, Genetta tigrina, and most likely also Genetta genetta, had been documented to purr.

The mechanism by which cats purr is ambiguous. This is partly because the cat has no unique anatomical feature that is clearly responsible for the sound.

One hypothesis, backed by electromyographic studies, is that cats produce the purring noise by using the vocal folds and/or the muscles of the larynx to alternately dilate and constrict the glottis rapidly, causing air vibrations during inhalation and exhalation.

Combined with the steady inhalation and exhalation of air as the cat breathes, a purring noise is produced with strong harmonics.

Purring is sometimes accompanied by other sounds, though this varies from cat to cat,

released October 10, 2013
Recorded by sqb and assisted by Maurice the Brute